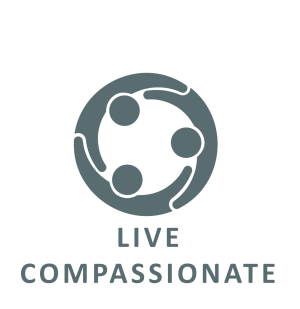 Compassion is a downward move in an upward moving world. Jesus challenged his disciples, who all had an eye on the future opportunity of position and power, with a different way of living. “For even the Son of Man did not come to be served, but to serve, and to give his life as a ransom for many” (Mark 10:45). While the world teaches us to acquire, Jesus teaches us to give away.

“Your kingdom come, your will be done, on earth as it is in heaven” is the petition and vision of the Lord’s Prayer (Matthew 6:10) activated and made visible when compassion finds its fulfillment in the action of service to others. Just as Jesus spoke and lived this vision out, he sends us out to find “the least of these” (Matthew 25:40) and “go and do likewise” (Luke 10:37).

The Roman Empire was a harsh place for those who were poor, weak, sick, and dying. However, Christians responded to these overlooked people (Christian or not) out of three important understandings: the inherent image of God in others, God’s self-giving love, and the ministry of Jesus. Because of this, Christians became living (and dying) witnesses of compassion, the heart of the character of God, especially as they came alongside the sick and dying in the midst of epidemics.

Watch and listen as Micah Hobbs, our Preaching Minister, describes Live Compassionate from his experience.